Would it mean vanity if I said I would like to know everything in this world? That I would love to know perfect Latin and Greek? And Russian!? That I would love to be able to read all the old literature in its original language?
My curiosity made me search the Internet for copies of books and translations into the languages I do know...and so I stumbled upon so many interesting sites...each time I find something new and interesting I have to search further and further....I just can't stop...and since every site about culture has links to other extraordinary ones...I just search and search and search... and just get frustrated because I don't have the time to read them all....
Last night I read up until 1 o'clock...and I am really tired today, my eyes actually hurt...but I just couldn't stop reading A feast for Crows....
But enough about e-books, sites, blogs and other things like that...and it's time to present my other wonderfully old books: 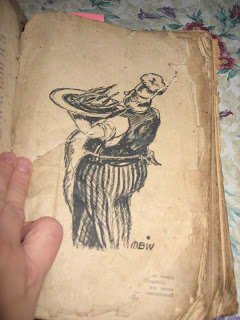 An old book from 1939, that I received from an ex-work colleague, and it is preety special, as I looked it up online, I only found one like it and it costs as much as my salary for a week! It is in relatively bad shape, it has no covers and was badly sewn, but that doesn't mean the content has less worth, on the contrary... 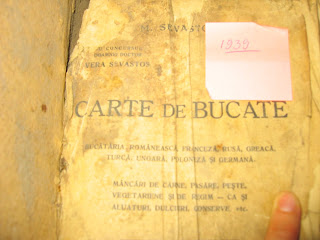 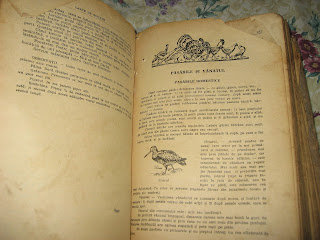 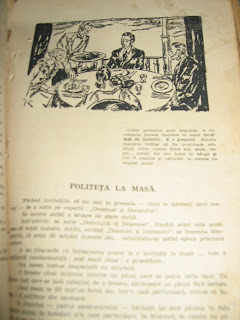 It is more than just a recipe book, it shows the table manners, the way in which a bird should be cut...how to juice an orange, and so many other tips...it is even a little bit funny, as much of the expressions are archaic and make me smile. 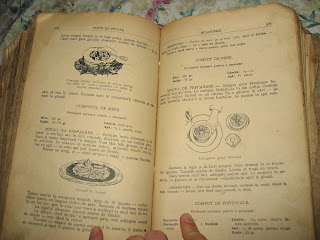 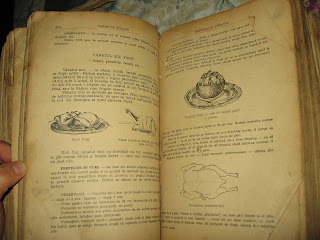 Then there are these two precious books about the region I come from and its people and life, the first about the outlaws: 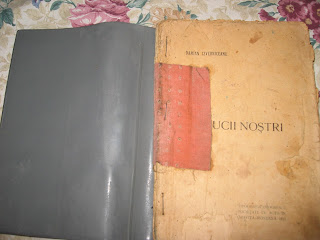 As you can see, it is very fragile and worn...as a book from 1913 would be...written by Damian Izverniceanu and published in Oravita, by "Tipografia Progresul Societate pe Actii" (Progress Printing House, company on shares, but written in a very archaic form!). Oravita is a small city 14 km away from my sweet sweet Racasdia 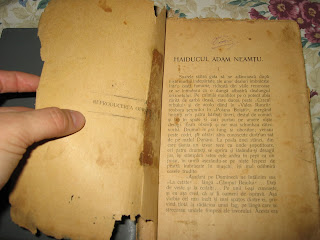 I decided to copy the fragile pages and scan them and maybe put them on my scribd profile...
"Haiducii Nostri" means something like "Our outlaws" and when I mean outlaws I literally mean people like Robin Hood...so we had our own share of action! 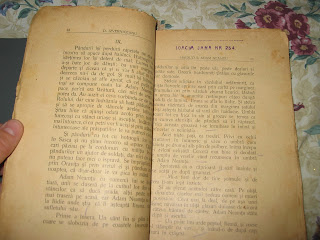 And again about Racasdia, my dearest Raca, here is my really precious book about its founding... 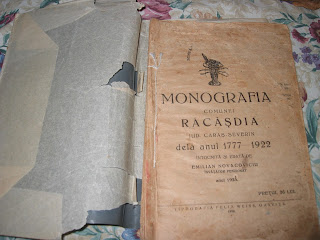 Written in 1923 by Emilian Novacoviciu, the retired teacher of the local school, whom was like the local cultural personality at that time, it talks about how it was firstly established as a village in 1777 (it could be that it is much older!) and it tells its major facts until 1922.
It is beautifully written in our local tongue, with lots and lots of archaic words, and of course my family is in it, and it tells me from where my ancestors come. It also has a lot of old photos reproduced in it, and I don't know if it's the same Publisher as Haiducii Nostri, for there was The Oravita Progress Printing House, and on this one the Felix Weiss Printing House in Oravita is mentioned, and thus it could be that it only changed the name from 1913 until 1922; but it would really mean something if there were two Publishers in a city like small Oravita. Only back then it wasn't that small, it just stopped growing in time...
Isn't that awsome, to have you legacy written down? This book is very dear to me, as it was to my entire family, they even took it with them in the 50's when they were deported from their home in the harsh Baragan area. Maybe one day I will tell the story of my family's forced "voyage" and 5 year's of life in exile... 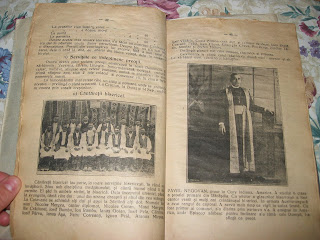 I thaught about scanning this book too, and post it on Scribd, so that more can have access to the information inside. It is so old that I am sure there is no more copyright restriction for it.
My village gave a lot of important men, we had writers and doctors and country-wide known scholars like Emilian Novacoviciu, and a lot of valuable men went for the big cities never to come back to their roots. They all should know where they come from, or at least they shouldn't forget.
There is also a newer version, written in 2008-2009 I guess, I also have it, but I dont't feel it fits into this cathegory, as it is about modern Racasdia, and even I am included in it! (photo and all...:D).
That would be all for today, and I hope it was a little bit interesting to see a small part of my village's history and basically the space I come from!
Thank you for reading and bisous!