Here I am back to reality after a short but intense weekend... I've taken Friday off to go to Raca and plant my apple trees. I've went first to Herneacova though...and it's good I did so, since yesterday I was a wreck and barely managed to crawl to Tunde's to have a coffee...and we realized last night that we had been staying all day long at her kitchen table....having coffee after tea and tea after coffeee...that's how exhausted we were... but let's rewind....
We woke up early in the morning and went to see our horses...and it was such a relaxed day...it was just us three (Aura, Tunde and I and Aura's friend, Irina I think, who was afraid of horses...ha... ha...so familiar...!..) and our gorgeus trainers Olimpia and Irina! As it was the 8 th of March and Woman's Day back here in Romania...it'a a good thing Tunde and Aura both thaught about the girls and brought them flowers...as I totally forgot about anything like that...and I even received a flower from Aura!! so all in all I somehow managed by, and the best part was when The trainers told us that we were all five going to ride, because they both will be riding with us. I think it was a spectacular view to see us all five in a row (me and my Mary more or less...as she's not very good at keeping the line...just like me, so we're both helpless....) in a more alert trot than I was used to, but somehow I managed to do it all the way! And I was soooo happy! To bad that Tjikke, which our trainer Irina was riding in front of me had a springed ankle from a former training, otherwise it would have been awesome all the way, but it was still nice.
It's strange how Tjikke, that beautiful Fresian, was so devoted to Irina and trotted with her on her back, even though she was not relying entirely on one foot a little at the beginning and the girls wanted to see if it's trully springed or just a streched muscle; but the poor girl didn't complain, jut went on, but Irina soon realized it's not working and let her be because she must have been in pain....isn't it strange to listen so to someone even though you ache? These horses are trully strange creatures....
I won't bother to give all the boring details for others...I feel every move so acutely that I could go on and on and on...but above all that I just have to say that not long before the end of our lesson I managed to fully coordinate with my lovely Mary! We managed to trot so efortlessly and so easy together that I felt like we were alone on the trainig ground...I could hear Olimpia and Irina's voices shouting things like stay straight, shorter rains, and lots of encouragements, but it was all so distant, it trully was just me and Maryem....and we were flying!!!!!!!!!!!!!
It was such an overwhelming sensation that when we stopped I took Mary's neck in my arms and kissed her on the spot, thanking her for that wonderful sensation, which I am shure I will never ever forget! My first trotting experience! as I just then realized all else was not trotting, it was just bouncing in the saddle. I have to admit I had tears in my eyes, Gosh! Now I trully understand why people love riding, the sensation is nothing to compare with...it's even better than riding my motorcycle!!! (sacrilege, I know...but that's how I feel right now!). So we flew...
I was so distracted that the only photo I took was this one with my poor phone camera: 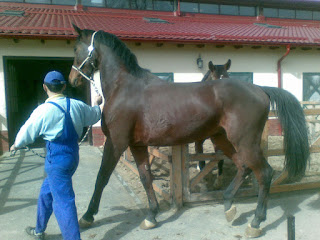 which manages preety well when natural light and sunshine. As you can see, that horse is huge, his name is Adonis, and he trully deserves it, for he's a beauty! The guy is Nelu, one of the workers there and a very nice guy! I just realized that a huge part of my decision to go there for riding lessons is due to the people there, who are very nice and welcoming and I speak for myself here, but I trully think that the girls share my opinion, that the attitude of the people you come in contact with is the one that counts the most. And the horses, of course, but even their temper is the result of the work of the people there. I have only one example to give: Mary, who was so stubborn, wouldn't trot, wouldn't even walk at the cord, but now is so docile, and that is all due to Nicu's trainig, we saw the work ourselves, and I am feeling the results even better each time I'm riding her!
It's above all nice to see smiling faces each time we go there, it's nice to know their names and they to know yours, and it's really nice to go there during the week (which is almost impossible for me with my crazy working schedule) and especially when it's warm, like this Friday, when we sat out with the girls and while inhaling that wonderfully fresh air, basking in the sun and talking about the horses we love so much.
After leaving Herneacova, we hurried back home to take our luggage and go straight to Raca, but we were in such a hurry that we almost forgot to take the trees, but luckily I remembered...
I took some spectacular photos of the sundown on the road to Raca, but I took them with Tunde's iphone, so I will post them as soon as I receive them from her, but instead here are some of my poor own from last weekend: 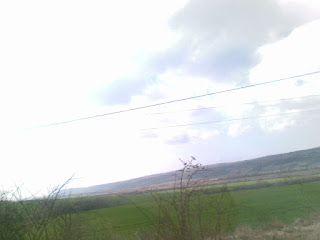 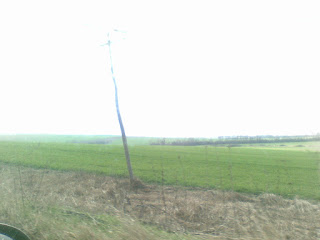 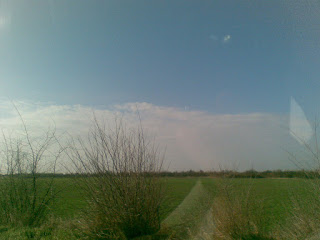 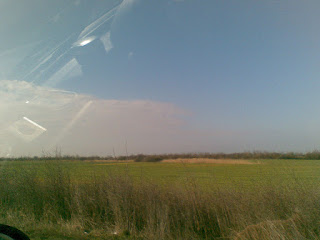 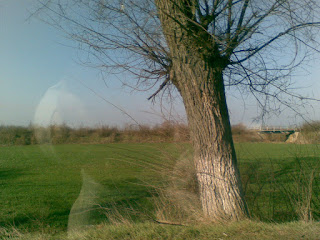 And here's my wild jungle garden:

Tunde made the after photos, as soon as I get my hands on them I will show off...
I would like only to thank my two friends Tunde and Clauu for their huge help and insistently ask that when they will need my help in their turn I will leave anything else aside and help them too! Thank you very much!
It's too bad Raca is so far away, other wise I would go more often. I love Herneacova exactly because it reminds me of my dear Racasdia, the same green grass, the same fresh air...the same lovely people plus the HORSES!
I also received a wonderful new: Isis is starting her training! 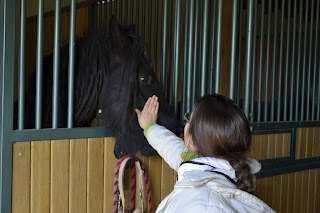 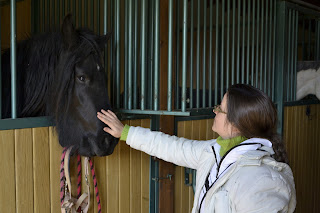 I really can't explain why, but I adore this girl! She's still wild, I won't be able to ride her for a few years now, but I feel her so gentle! She's the only horse that stays still and I can kiss her on her beautiful face! She's very gentle and when I said she looks like Eisidisi I had no idea she had the same temper....I would love to see Nicu working with her... and she's the first horse I touched at Herneacova, back in autumn...
I was startled once I got there on Friday....when I started counting the horses...1 fresian...two...4 (four??) then I rewinded and realized that the first was not the new girl- Mery, but my Isis! If someone will take her from there like they did with Tjikke's two girls, they will break my heart! Some time before, when I entered their stall and saw that Isis was missing,  I almost started to cry, but as she felt agitation she went to her feet, she was laying down...phewwwww, what a relief! I know it's not very healthy to attach myself so much to a horse...but I can't help it very much...as for Mary, I will shurely be jealous when I will see her being ridden by somebody else! Offff.....
Here's some eye (horse) candy:
with Mary and Mery, and here's some more, with the only biting "snapdragon" at Herneacova, Sasha:

and here's Adonis at play: 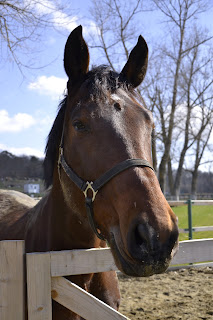 I just can't stop looking at those beautiful pictures....and myself as well as the girls can't wait for these two beautiful ladies:


to give birth and we'll have baby horsies!!!
These next two photos do not include themselves in the eye candy cathegory, but I think they show that I am more natural in the saddle than a few lessons before 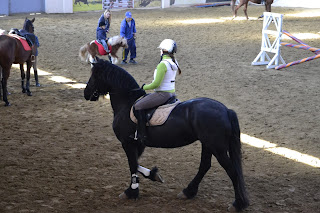 and I trully do not feel quite that terrified when I get up on Mary, the feeling of panick is starting to diminish.... 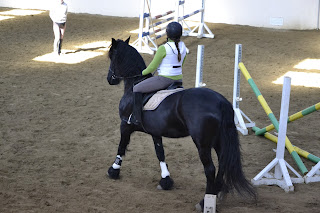 ...so much so that friday I went down from the saddle unassisted, that is nobody held Mary, but she's a sweetheart and didn't budge...and I even took her back to her stall for the first time! I would have loved to see how I looked next to her shoulder, as she's huge, but you can get an idea from this older pic: 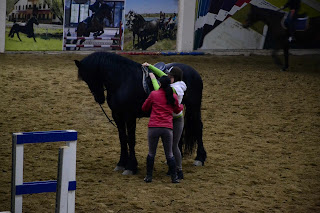 I am the one on the right...being helped by Irina...so I am a dwarf next to Mary!
I will finish this post, but not before showing another beautiful photo of the new Fresian boy, whom I found out is named Dove...I think Raven would have suited him better, no?
Bisous and thanks for stopping by!