I've remembered, while reading a blog I'm following, about my first trip to Italy, with my friend Ena. It was such a magical thing! It seemed to me that even the grass was growing differently, and Ena's mother laughed when I told her so.
Of course I was most impressed by all the usual tourist attractions, like the Colloseum, Fontana di Trevi, Piaza Navonna, Boca de la Verita, etc... but most of all by  the Musei Vaticani and Saint Peter's Cathedral. I have hundreds of photos, not all of them of very good quality, but here are some that remained in my memory:
my hands were so shaky when I saw Michelangelo's chef d'oeuvre, that this is the best photo I managed to take of the Pieta inside St Paul's: 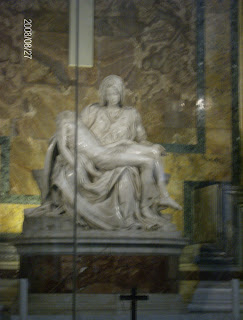 the Egyptian Museum was so full of oeuvres that I took tens of photos and it was difficult to decide which one to post here: 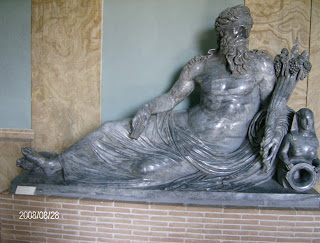 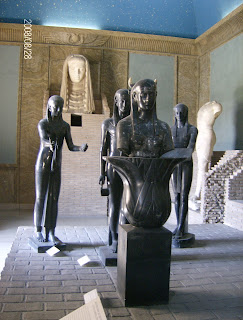 When I was little my mother received photos from a friend who had strolled in the Vatican Gardens, I still wonder how she did it...all I've seen of them are some sneak peeks from windows: 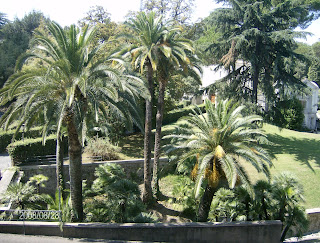 The tour allowed to get out in some interior courtyards, in one of those we found this amazing orb: 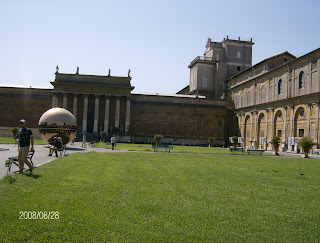 which I have no ideea who made it: 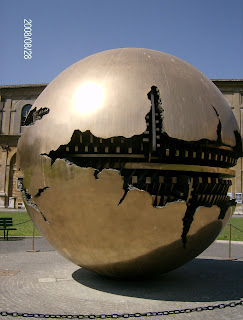 but I still find amazing: 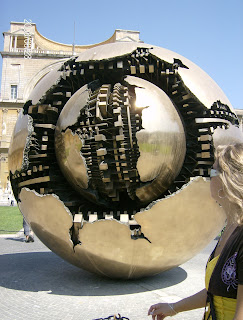 Of course that when we started touring the pinacoteca I was crazed out, and look how shaky I was when seeing da Vinci's  St. Jeronimo: 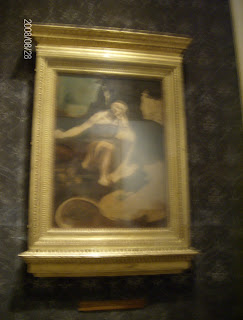 I'm also proud to have seen a Dali: 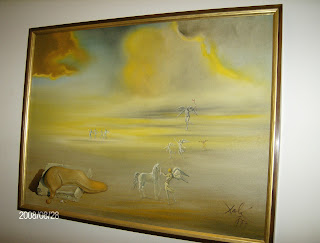 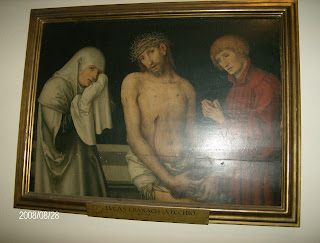 and this Laocoon Grup, which if I remember correctly, was a reproduction, nontheless beautiful: 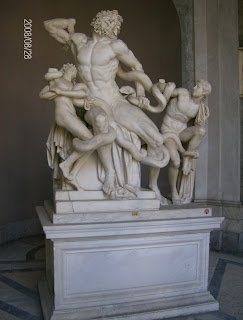 We've also passed through The Library, but to my utter dissapointment I could not get even a glimpse of a book, but we still saw many things like these, which are also fascinating, even though not as much as the books: 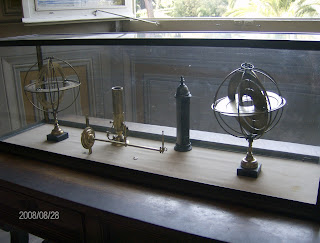 When we got into the Stanze dei Chiaroscuri (I really don't remember if that is exactly how they're called) I was living a fairytale... 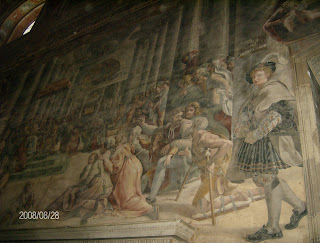 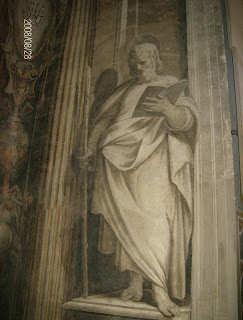 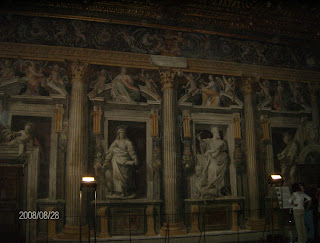 ...but when I saw the Stanza della Segnatura I literally cried in front of the Scuola di Atene 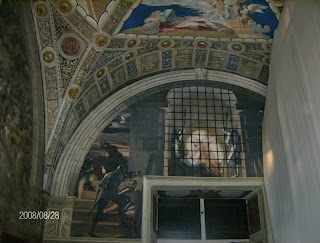 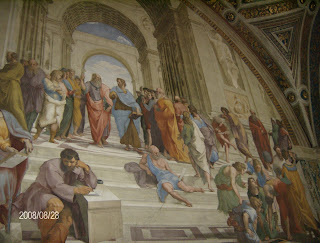 and I still can't believe I've seen it in person! with my own eyes! I'm obsessed with this painting, I have it as a google background image so that I can see it everyday, and it occupies a special place in my heart as the only work of Rafael; next to all Michelangelo's works, which I worship!
I thaught to finish this post with the sight of St. Peter's Cathedral: 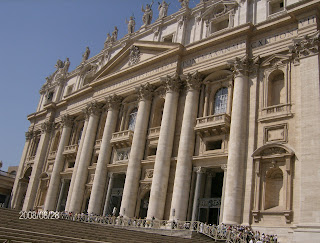 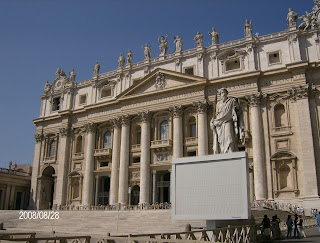 I must still say I'm not a big fan of what the Christians, or what the Catholic Church did at times during the Middle Age, but I have to say that I especially admire the Church for managing to preserve all the beauties that we can see today in Vatican, and for supporting all those artists. Just strolling through Rome I had this feeling of huge relief that there was someone to preserve this magical city, where the old is ever present and ever much more powerful than the new, which hardly gets noticed.
Also, without the fear of God the medieval man would not have been controlled, without the monasteries ancient books would not have been passed on nor translated, nor copied for that matter! so, all the sins that the Church had during those dark ages are washed clean in my eyes due to all the good that they did.
So I can say firmly that I am an admirer, a believer, a worshiper of beauty in the arts and nature, an heretic in the matter of books and beliefs and a lover of everything aesthetic.
I would love to have or at least to read Pope Benedict XVI - Joseph Ratzinger's autobiography book :
Until next time,
Bisous!
all the not other specified phoos belong to: anasblogana.blogspot.com