As I promised, here are some of the sites we are about to visit on our trip.

In Bihor County we want to visit the Oradea medieval city, the one of Adrian in Salard, the Cheresig Tower, The Ciunt (Cripple) Tower in Salonta, The Cetatea Piatra Soimilor (The Hawk's Stone city) and maybe some old churches, since I have seen that there are plenty.
During our stay in the Satu Mare wareabouts (have I told you we're going camping, with our tent everywhere?) I really want to see the Stefan Tower 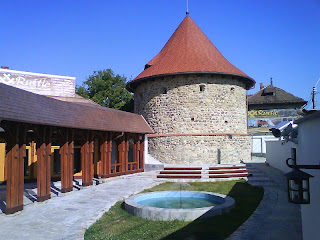 ...and mabe some of the 4 museums there.
In Baia Mare I want to visit the medieval city, which I also saw two years ago, but still, I want to go again, and mabe to see some more of the city center?? the Orthodox Cathedral maybe??
Then...it's off to to Cluj Napoca....and to the medieval city there..., and I'm shure we'll find some preety old castles on the way to Sovata. We have seen two years ago some of them, but our country is so beautiful and full of beautiful places! like the Bánffy Castle in Bontida, 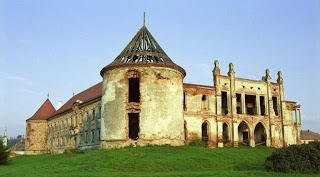 and maybe the Béldy Castle in Geaca, Gábor Bocskai Castle in Aghiresu ...and who knows haw many more???
Then we are going to Sovata to stay with M's grandmother for a few days, and from there to Odorheiu Secuiesc, then through the well-known Transfagarasan... 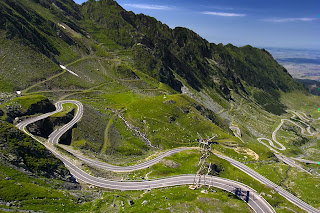 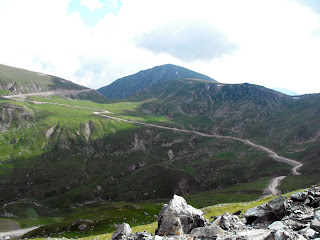 (photo source: Google images)
Another city that I must visit is the old Union town: Alba Iulia, whom I visited a few years back, but didn't get to see not even half of what I wanted.
Then it's off to Ramnicu Valcea; where- as I've already told you- I HAVE to see the Cula Greceanu and the IG Duca Memorial House and Museum, also known as the Cula Maldarescu (see: Complexul muzeal Maldarescu ).
And our last spot on the itinerary is a small 2-3 days rest next to Sarmisegetusa  Regia in the Retezat Mountains:
We'll be camping in Hateg and see all that can be seen out there, like the Colt Monastery and medieval town, the Dinosaur Geopark (????!!!) and of course the Densus  and Prislop Monasteries, as well as the  Santamaria Orlea Castle& Monastery!
Of course I didn't mention here all our itinerary poins, or I wouldn't finish this post in a week, but I will have to post photos as soon as we retun! (shamefully, I haven't managed to find the time to organise even the photos from our two-years'-back trip!)
Well, all I can hope now for is that the weather will be on our side, since I've heard some disturbing news about storms in the North...but I so hope that, since I've planned it in such detail, our trip will be perfect!